We are sorry but this post is restricted to folks that have purchased this page. 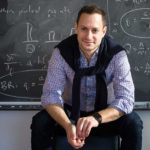 Erez (pronounced ‘EH-rez’) Yoeli is a research scientist at MIT’s Sloan School of Management, where he directs the Applied Cooperation Team.  His research focuses on altruism: understanding how it works and how to promote it.  He collaborates with governments, nonprofits, and companies to apply these insights to address real-world challenges like increasing energy conservation, improving antibiotic adherence, reducing smoking in public places, and promoting philanthropy.

Erez teaches the undergraduate Game Theory course at Harvard and regularly  publishes theoretical and applied academic research articles. He shares his research highlights through frequent talks, including a TedXCambridge 2018 talk with over two million views, as well as through featured articles in the New York Times, the Economist, Quartz, StatNews, and Behavioral Scientist.  His research has also been profiled nationally and internationally in publications like TIME and the Huffington Post.

Erez received his Ph.D. in Economics from the University of Chicago Booth School of Business. Before founding the Applied Cooperation Team, Erez was an economist at the U.S. Federal Trade Commission and served as an expert witness in cases against companies that defrauded consumers. In an earlier, ‘pre-economist’ life, he was a classical percussionist.  He enjoys spicy food, hiking, and spending time with his two very cuddly cats.