We are sorry but this post is restricted to folks that have purchased this page.

Communications work at its best is collectively breathing life into the world we want to live in. Creating space for grief, healing, and growth is required.

But, with our current pace of work and competing responsibilities, is it possible to do that AND implement comprehensive, action-oriented campaigns grounded in the reality of now? Anna will share some insight into the balance communicators must strike in building out campaigns that are values-centered and as internally impactful as they are externally compelling. 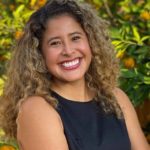