Team Comms: How To Manage Your Comms In-House 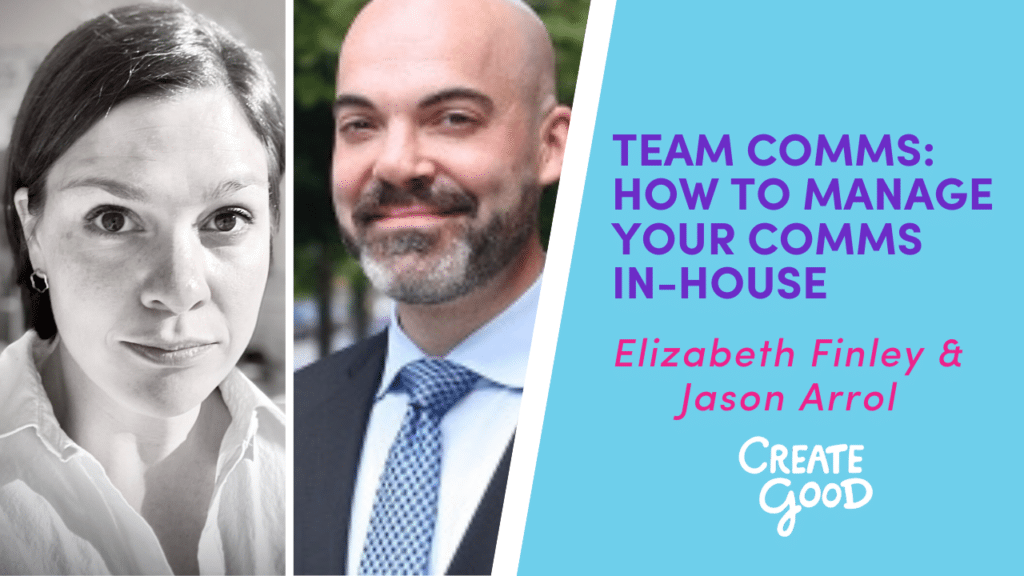 Elizabeth Finley oversees communications, fundraising, and public policy at SHIFT NC (Sexual Health Initiatives For Teens). At SHIFT NC, Elizabeth gets to spend equal time being nerdy about bills in the General Assembly and the colors on a poster about STIs – or, depending on the day, equal time stressing out about bad bills at the General Assembly and trying to raise money to keep the good work going. Elizabeth has spent most of her career working with nonprofits that advance the health and wellbeing of children and young people, including The North Carolina Partnership for Children (Smart Start) and Prevent Child Abuse North Carolina. She lives in Durham with her two young-ish kids, and survives on a steady flow of 4 am workouts, coffee, and New Yorker cartoons.

Jason Arrol works in communications with experience at non-profits and in higher education. As Health Communications Manager at SHIFT NC (Sexual Health Initiatives For Teens), Jason creates campaigns to educate North Carolina’s youth about sexual health. Previously, Jason served as the Digital Media Manager at the National Center for Transgender Equality in Washington, DC, lifting up transgender stories and devising campaigns to change policy at all levels of the U.S. government. At the University of Maryland, Jason worked with the Health Promotion team to advocate for positive health outcomes in the UMD community. And at Levine School, Jason documented and promoted music education, supporting efforts to provide free or low-cost music education to underserved populations in the Washington DC area.