Advocacy Communications: The Good, The Bad, and The Wildly Successful Subtitle: Small Budgets and Big Messages 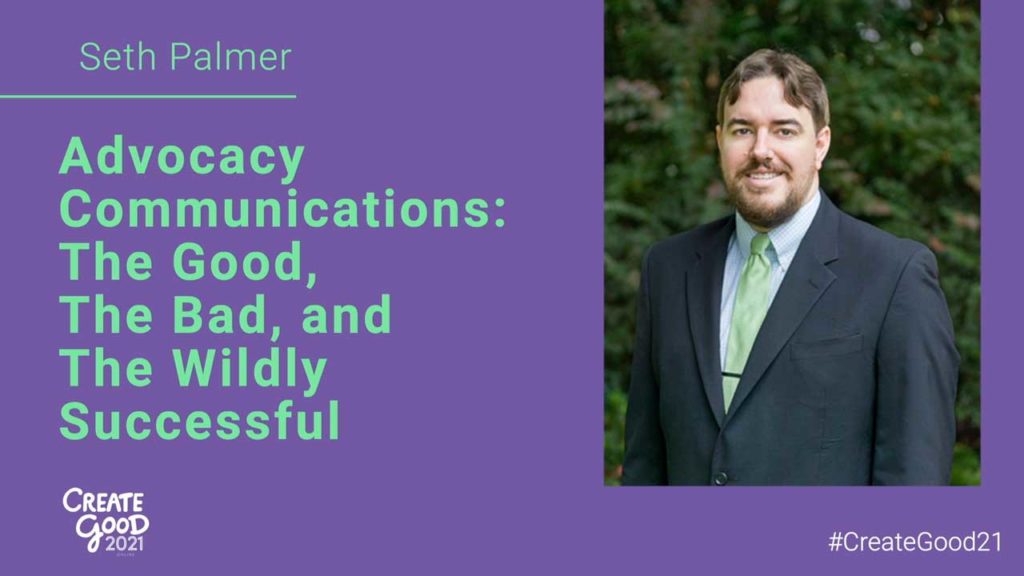 Success. In the world of politics and engagement with elected officials, many will tell you that you need a team of lobbyists and a large budget to be successful. I’m here to tell you that those requirements are the exception, not the rule.

Especially, when like most nonprofits and trade associations I know, have ENGAGED, ACTIVE advocates. As we move forward in continually uncertain times, it is vital that nonprofit professionals learn the skills needed to effectively communicate with elected officials and get priorities accomplished.

Seth Palmer is a seasoned public affairs professional with a passion for communications. For more than a decade, he has used his skills and experience to translate engagement into action for public and private sector entities.

A native North Carolinian, Seth started his career in the North Carolina General Assembly on the House Majority Leader staff, where he worked on the state’s seminal legislation on smoking in bars and restaurants. From there, he went on to work for former North Carolina Lieutenant Governor Walter Dalton before joining the team at the North Carolina Department of Transportation to tackle issues like intermodal logistics and international trade.

Before joining NP Strategy, Seth served as the Director of Regulatory Affairs and External Communications for NC REALTORS®, one of the state’s largest trade associations. In this role, he bridged the gap between lobbyist and communications professional, engaging the Association’s membership in advocacy through strategic communications tools.

A graduate of North Carolina State University with a BA in Political Science, Seth has been recognized with numerous fellowships, including NLC North Carolina, the Truman National Security Project, and the NC Institute of Political Leadership. He regularly presents on advocacy, lobbying, and communications topics and currently serves as a faculty member of the NC Institute of Political Leadership.

An Eagle Scout who continues his service with involvement in numerous organizations across the Raleigh area, Seth spends his free time with his wife and their daughter while continuing his quest to start his own barbecue sauce company.